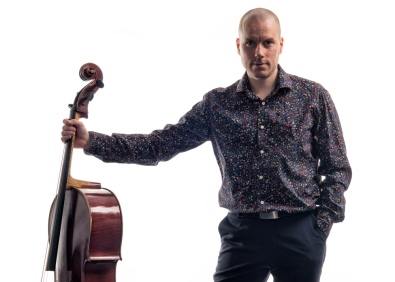 Juho Laitinen is a cellist and performer, composer and artistic director. His passions include: Music in just intonation. Improvisation as a discrete art form. Pieces of furniture as instruments. Installation and performance art. A non-hierarchical, free- association-based art experience.

As a cellist Laitinen focuses on multisensory performances of large-scale works of the avantgarde and modernism. As one of a handful of cellists worldwide he has taken on Giacinto Scelsi’s Trilogy and presents it alongside poetry, tai chi and sonic meditation. In his compositions Laitinen elaborates on various ambiguities, such as multiphonics of a string instrument, artefacts produced by inbreath-singing or the unpredictable musical behaviour of electronic equipment.

Tulkinnanvaraista, the concert series led by Juho Laitinen, has brought to Finnish audiences over 100 performers of experimental music from 15 different countries. His orchestra UMUU of 1– 30 musicians investigates and presents historical experimental repertoire.

Laitinen has studied in Turku, London, New York and Helsinki. In 2013 he graduated with a doctorate from Sibelius Academy where he explored aspects of experimental composition as well as argued for a holistic, process-based presence in music in his Manifesto on Sounding.