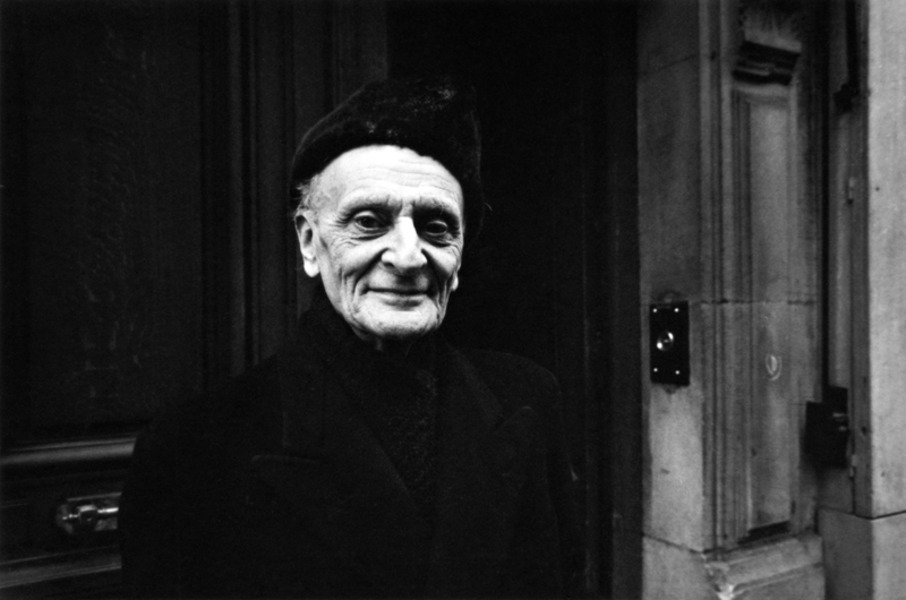 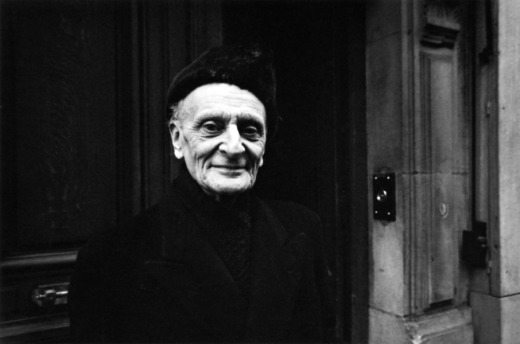 Ivan Wyschnegradsky (1893-1979) was born in Saint-Petersburg and had a father who was banker, and his mother was poet. His grandfather was a well-known mathematician. Not before his seventeenth year, did he decide to devote himself to music. He took lessons in harmony, composition and instrumentation with Nicolas Sokolov at the conservatory of Saint-Petersburg from 1911 to 1915. Then he studied law but stopped in 1917. He came into contact with the circle of Scriabin. His first works were composed in the years 1916-1917 and they were in the normal chromatic system. Soon he came to the conclusion that the semitone system uses the possible musical tonespace in only a very limited way, and that a more detailed filling-in of this tone space was a primary musical need for him. Because he considered using the frequency domain in a fully continuous way unachievable, he chose the practical compromise of the quarter-tone system; which is compatible with the traditional system and at the same time more refined. His first works in the quarter-tone system, Quatre fragments opus 5 and L’Évangile rouge opus 8, are still rewritings of works originally written in the twelve-tone system. In 1919 he created a 1/12-tone notation. In 1920 he emigrates with his family to France. In 1921 he commissions a quarter-tone harmonium of the Möllendorf type from Straube. In 1922 and 1923 he travels to Germany several times and meets Richard Stein, Alois Hába, Jörg Mager and Willi Möllendorf. Together with Hába he found the firm Grotrian-Steinweg in Berlin prepared to work on the development of a quarter-tone piano. In 1923 Wyschnegradsky had to return to France, while the initiative of Grotrian-Steinweg came to nothing. Finally in 1928 the Förster company would build a quarter-tone piano in cooperation with Hába. It had three manuals: the bottom and top ones had a normal tuning, the middle one was a quarter-tone shifted. A specimen of this instrument came into the posession of Wyschnegradsky which arrived in Paris in 1929. Despite the availability of the quarter-tone piano he kept writing his compositions in the quarter-tone system for performance on two piano’s, a choice presumably dictated by the wider range of possibilities for performing that result from this choice.

He then meets Lucille Markoff, his future (second) wife. In 1932 he publishes Manuel d’harmonie à quarts de ton and writes various quarter-tone works. In 1937 he meets Olivier Messiaen and later also Henri Dutilleux and Claude Ballif. During the rest of his life he writes a few dozen compositions in the 1/4- and 1/6-tone system, for orchestra, for string quartet and incidentally for other arrangements.
Wyschnegradsky was one of the most important pioneers of quarter-tone music and has as composer and theoretician left behind a sizable oeuvre. He based his choice for composing with microtones on a philosophic ideal of pansonority. With this notion he meant a complete sound, the sound of an infinite number of tones, sounding simultaneously in an infinite sound continuum. For practical reasons Wyschnegradsky chose the 24-tone system (quarter-tone system) to work with.